Where will the Tour of America Route go?

One of the most compelling attractions of the race is that it will rotate to different regions of the country, giving fans and viewers a new and exciting experience each year.

For the first two years, there are several routes under consideration for the Tour of America route, and the finalized version will be developed in collaboration with our key stakeholders: The UCI, USA Cycling, our athlete steering committee, host cities and towns, sponsors, investors and our operational management team.

As part of the approval process, we may seek exemption from the UCI to include one or more stages that exceed the current 160km/99m maximum distance for women.

The Tour of America route below provides our ideal example of a possible route for our inaugural Tour of America: the Northeast corridor of the United States from Boston to Washington D.C. This race would be an unforgettable 6-stage race that spans an area populated by 50 million people! 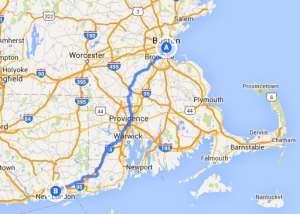 Stage 2 will begin at the eastern tip of Long Island’s south fork in the seaside town of Montauk. Riders will follow the route along the oceanfront through the Hamptons and into the heart of Long Island. They will turn north, scaling the 331 feet of Bald Hill, one of the island’s highest points before turning west. From there they will follow a hilly shoreline route through Port Jefferson and finish within the historic town of Setauket, NY.

Riders will leave Setauket and follow the terrain of Long Island’s north shore. They will enter the urban city limits of New York, cross over the Brooklyn Bridge and proceed north, up 1st avenue and then along the final miles of the New York City Marathon, finishing in Central Park. 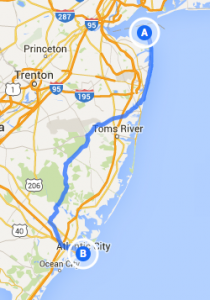 Stage 4 takes the riders along the Jersey Shore. It begins from its northern most point and will travel south through the diverse string of beach towns to the largest of them: Atlantic City. It is anticipated that the shore towns will draw millions of spectators as the riders work their way to Atlantic City’s boardwalk.

Stage 5 begins in Philadelphia, PA. Riders will leave the City of Brotherly Love and follow the Delaware River before crossing into Maryland and reaching the headwaters of the Chesapeake Bay. They will pass Fort McHenry and finish adjacent to Baltimore Inner Harbor, a tourist and dining mecca certain to attract cycling fans across all ages. 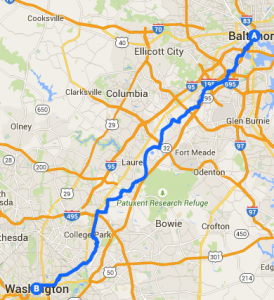 The Final stage of the tour will take riders the short 35 miles into the nation’s capital, where they will follow a loop around the city’s landmarks, monuments and memorials to the United States’ founders. The finish line will be on the Washington Mall, with the victory ceremonies and celebrations taking place on the steps of the Capitol Building.