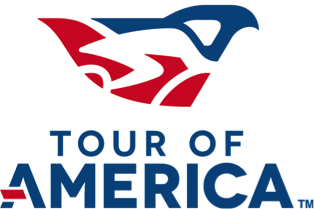 Not just any women’s cycling race, the Tour of America Premier Women’s Cycling Race is a multi-stage elite women’s competition envisioned to become the women’s counterpart to the Tour de France. Our goal is to hold the inaugural race in the summer of 2024 in the northeast region of North America. It will be a five or six stage race in its first year and part of the UCI Women’s WorldTour upon sanctioning by USA Cycling and the UCI (Cycling’s international federation).

In later years, the race will grow to up to 12 stages and rotate to different regions of the United States and Canada. Each year, a new set of cities and towns will have the privilege of hosting the world’s elite women cyclists in what will one day be an annual tradition, a race that will be watched by millions in person and tens of millions around the world – it is the women’s cycling race that we’ve all been waiting for: The Tour of America.  Take a look at our video:

Our video provides a fresh overview of our vision and goals, although it is in need of a few updates:  David Lappartient is the current President of the UCI, and Kristin Armstrong won her third gold medal at the 2016 Olympic Games!